Excerpts from a presentation at the H+ Conference, Harvard University June 13, 2010 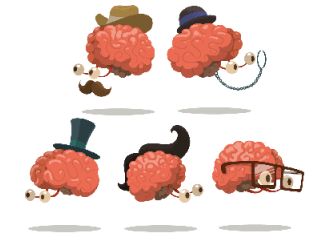 One man, one army. So we’re going to count down what we do. I’m honored to be hanging out here with (Rob) Tercek, (Alex) Lightman and a bunch of other buddies. When Alex said, “Come to Harvard,” I said, “I better bring some backup.” I called some brilliant guys that I know. Eric Pulier built dozens of companies, raised hundreds of millions of dollars and exited multiple times. He’s a trendsetter in IT. His current companies are ServiceMesh, DeskTone, and so on. He’s really changed the game every day. Thank you very much for being here. Alex Veytsel works with my companies, RampRate and Taste and he’s my personal yoda. Thank you, Alex, for being here. We call our presentation, “Boiling the Human: Convenience and Confusion on the Path to the Singularity.” So, how do service markets work and how do they build up and stuff? Basic challenges: “Tomorrow is becoming tomorrow faster than yesterday is becoming today.“ The frequency of change is changing. We have to catch up as we rocket towards Singularity. New laws are fueling technology development, which is growing exponentially, driving our growth in a virtuous cycle. But there’s a serious disconnect. When we talk about today, we have a lot that needs to change. We need tax reform changes. We need to change how companies deal with our personal private data. We’re facing a time when we have more choice but much less freedom control. Yet we need to better prioritize our fears based on our real risks. Unfortunately, the reptilian bits of our brain still rule far too much of our behavior. We have to harness the decision-making processes that drive our path and our future. We’ve learned to work around the physical limits of a shrinking transistor and higher storage capacities. Now we have to work around other limits, which are in us, not our technology. A humane Singularity is still possible if we recognize the limits and the obstacles and begin to work around them. We’re entering into the Land of the Lost, which is what I call the difference between what we’re capable of achieving or evolving to and, let’s just say, all the bad stuff, which can come from exploitative business models. What are these exploitative business models? We’ve entered the world of Bernie Madoff’s Law: “Anywhere profit can be made, it will be made.” So what does that mean? It means that profit has driven business models to greater and greater effectiveness and efficiency, so much so that these businesses are now often evolved far beyond the average human’s ability to deal with it. We have 25 years to fix the problems created by Madoff’s Law. What can we correct now to head off the worst implications of Madoff’s law in the future? Our big concern is that we will do nothing, or not nearly enough, in the next quarter century, allowing Madoff’s law to thrive and shape the experience we all have with technologies that far outstrip our ability to manage them. When you talk about growing on the exponential curve of technology development, the implications are very exciting. There’s Moore’s law, nanotech advancements, advancements in nanotech and biology. But what about all the things that are not advancing exponentially, what about step functions, and so on? These include our basic instincts, our human biology. So, our basic instincts could be easily manipulated in light of the rapid change sweeping up on us. Rob (Tercek) was saying why it’s important to focus on today, to kind of ground it, instead of just riding the exponential curve. In the next 12 minutes or so that we have, we want to really ground what’s happening in the phenomena happening today. The Land of the Lost and the exploitation that’s possible within that, we’re seeing signs of that, and it’s gradually creeping up on us in lots of different ways.

We speak in terms of boiling the frog, or in our case, boiling the human. You probably know the story. If you want to cook a frog, you put it in cool water, and slowly turn the heat up.  The reality is that if the heat rises too fast, the frog jumps out to avoid being boiled.

The same thing may be happening for us as humans as we’re trying to evolve to transhumans. The heat is beginning to rise. Let’s say that we’re talking about issues such as global warming, about the economic problems of the past two years. Now, we’re faced with many things that turn up the temperature, like privacy laws that can’t keep up with fast-changing new online services and companies. Do we end up boiling the frog, making those cuisses de grenouille? Which, I can’t pronounce. So, as we take a look at drawing the line, we’re going to look at yesterday’s revolutions and rely on the strength we developed there. It’s really important to look at where we’re coming from. Once there was no email, no browsers, where connectivity was fleeting. Then this all began changing extraordinarily rapidly, in a series of revolutions in the way information was exchanged, whether it was people-to-people, information-to-information, or people-to-information revolutions. Each time, there was an innovation, and each time, everyone laughed at the business model, and each time, everyone doubted it would ever be fundamentally important. That response has allowed things to sneak up on us. It has allowed the temperature to rise, as we all gradually get more and more cooked, as we move from browsers to exponentially more powerful and direct connections between people. The phenomenon of sharing is sneaking up on us now. When you talk about sharing, you have to talk about the speed at which information is flowing between individuals and systems. There are a couple of red herrings that are allowing people to become complacent. What’s the cost to actually move information around? If you look at that, and you believe that those are gaining factors, then it allows your brain to become complacent, and stay in that boiling pot. There are other changes that are sneaking up on us, like the plummeting cost of bandwidth, the plummeting cost of storage and an explosion in access to information. Everyone in this room probably knows Moore’s law intimately, and Metcalfe’s law too. More recently, we’ve seen the rise of Zuckerberg’s law, which says that the amount of information shared between people doubles every 12 to 18 months.

And now we have Eric Pulier’s law, which says the time and cost to launch a venture that reaches 100 million people halves every 12 to 18 months.

Create a Singularity Bill of Rights for humans and machines.

Create a Singularity Stock Exchange. The SSE rates companies against the expectations codified in the Singularity Bill of Rights. Capture the conscious capitalist! You have certain religious movements, and they boycott companies that don’t ascribe to their basic principles. There are issues even more basic to the future of humanity, such things as the profit motive, the planet, the basic tenets of economics of transhumanism. It has to come together to become a Bill of Rights of things we believe in, a ranking against companies, created and updated in real time. If we can have a ranking where the stocks of these companies are going up and down, based on their adherence to these principles, and through a little crowd-sourcing and voodoo to make it hard to game the system, we can make a correlation between their score and the actual stock price. That will create an incentive for companies to behave, not exploit. Divorce political organization from geography. It’s already happened to technology and business, so why not politics too? The idea is to model more goods into the market, including political goods. You could have joint citizenship with people across the world in political structures that stretch beyond the artificial boundaries of current nation states. So, Hillary Clinton didn’t win the nomination, but she still can be your nation’s president. If we get market structures right, we can prevent businesses and politics from being exploitative. Then we can become free of geographic boundaries. How do we get there? How do we move to the services market without the salesmanship and exploitation? I’ve been trying to eliminate the sales process. If there’s true value exchange based on value and understanding. We create awareness, expectations, accountability and so on. What are the boundaries on turning off the power for Southern California? The software that meshes people and tech, our possibility of creating and understanding new service markets are critical for us at this time.