Everyone Loves A Format War 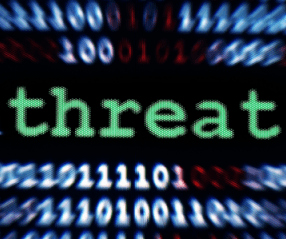 Everyone loves a format war. These things happen once every five years or ten years. The last one that happened was about ten years ago during the Real Media vs. Windows Media wars for domination of Internet video streaming. Many of us are old enough to remember the battle between Sony’s Betmax and JVC’s VHS video tape format back in the 70s… And none of us can remember the ultimate format war: Tesla’s AC current vs Edison’s DC current for the electrical grid. Today’s big format war is a bit more subtle. It’s not so much about “this one or that one” but about “our ecosystem, or nobody’s ecosystem.” The Apple iPhone and iPad do not support web sites designed with Adobe Flash. I have tested extensively on both, and the results are pretty clear- blank pages or broken links. Why would Apple want to exclude support for a large portion of internet content? It’s very simple: sites that are dependent on Flash are dependent on Flash – which is a technology that is not open source and not under Apple’s control. Apple attempted to do the same thing with Quicktime back in the early days of computer based video and audio playback. Quicktime was not compatible with the dominant media formats: Windows and Real Media.  Quicktime never became widely adopted, but it did become the underpinnings of the iTunes client. What is Apple’s goal here? Their goal is that the use of their devices is an “experience.” They want the experience to come from content displayed using open standards and not using technology of which Apple has no influence. Apple fans don’t seem to mind… for now. But I wonder if the Adobe formats will continue to proliferate and Apple will give in and add support, or maybe if some clever companies will find some way to create an app that transparently encapsulates and runs Flash applications and video on the Apple devices, or if open standards such as HTML5 will take over and Adobe will create a decline. So in a way, the format war is Apple vs Adobe. This is very interesting because back in the day, those two companies were considered to be Silicon Valley “good guys” who both fought against dark and menacing “Evil Empires” from other states.

Most don’t remember, but the Sony Betamax tape format became, after losing the consumer market, a professional standard that lasted up until relatively recently. I wonder if one Silicon Valley company will wind up catering only to professionals as well.

PrevPreviousGoogle as CDN – No Big Deal, But a Big Deal
NextMicrosoft Starts to ShareNext