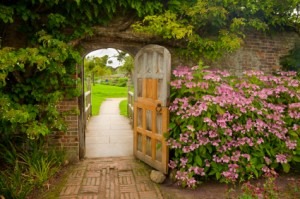 By Alex Veytsel and Tony Greenberg In the hubbub over the Google and Verizon new net neutrality plan, a couple of things stand out: 1) There is no actual deal, just a proposed compromise that no one actually likes 2) Everyone seems to be confused about the new,  private Internet While more viable than its critics suppose, this solution will implode in a wave of mistrust. Even if implemented, there is no equilibrium state possible between the public and private Internet. That’s because the new private Internet is not new – it’s what used to be called a walled garden. When there is a free and open alternative (think AOL versus a typical modern ISP), the garden eventually withers as every able-minded user scrambles over the wall. When there is no alternative (think iPhone’s app store), it’s a monopolistic cash cow. Either way, a sustained equilibrium between the two is rarely achieved. Each side is likely counting on the loss of that balance betting on their own models of the wall between private and public. And that gets us back to the wave of mistrust that will sink this ship before it leaves the harbor.

As artificial as a public/private system is, it’s actually one of the better ways of settling a claim of fact. In this case, whether users are better off in a friendly/fascist dictatorship of the ISP or the wild anarchy of the real internet. The proposal simply puts each party’s money where its marketing claims are.  Google, Facebook, Microsoft, etc. will build content and apps for the public Internet. The ISPs will take a pound of flesh from some has-been provider struggling to make it in a free market, prop up a startup or get into the content business directly, ignoring the lessons of AOL Time Warner.  Then the two will step into the ring. “In the blue corner, weighing in at three billion users, we have independent content providers.” “In the red corner, weighing their brass knuckles, your friendly neighborhood ISPs”

Downside: Competition as Real as the WWF

Unfortunately, this match is likely to be viewed by the public as more akin to wrestling than a more noble form of pugilism. Specifically, net neutrality advocates suspect (and not without cause) that the match will be rigged to split championship belts among the participants based on pre-decided backroom deals.  Google will be bought off with no competition on search, or something cheaper like peering or local edge caching. And 3D TV or some new market will be left to wither in customer value under the tender auspices of a private walled garden. Most notable in this is the inclusion of wireless networks as explicitly open to traffic shaping of all kinds.  Unlike wired networks, which are strongly monopolistic due to the limited amount of access paths for the last mile, wireless networks are much more open to competition.  This makes the resolution a bittersweet one.  On the one hand, wireless networks are the last resort of customers whose local ISPs have crossed the bounds of decency and good conduct, and a market dominated by non-neutral providers would close that escape hatch.  On the other hand, the whole reason for net neutrality as a legal principle was the lack of true competition in the last mile.  Since wireless networks are less constrained in terms of reach, a major metro area is likely to get several options, at least one of which is neutral.  Rural and suburban areas, on the other hand, maybe in for a rougher ride.

The History of Walled Gardens

One of the big mysteries to most of the observers is what exactly the “private Internet” or “fast lane” actually is. The best supplier neutral term for it is a walled garden where the access provider selects a pre-approved, limited, and revenue-generating set of content and applications to push to its users.  But the lack of clarity and solid examples is at the heart of the compromise.  The way that each side looks at it betrays their expectations of how a free competition would play out: In our core business of sourcing IT services, these types of compromises where lack of clarity substitutes for true agreement are perhaps the most dangerous thing in a contract. What both parties usually find is that in working together, there are concrete gaps between the gross hosting uptime that a business user wants and the net uptime that a service provider is willing to be responsible for.  Similarly, there are differences between the locked-down App Store version of a walled garden and the leaky AOL version that might sink an actual implementation of the private internet as a collaborative venture.

Both Google and Verizon are manned by pretty bright folks with big visions.  The Google story doesn’t need any more dithyrambs, but Verizon certainly deserves some credit for its fiber to the home initiatives and solid mobile infrastructure. But for something that was created by a couple of the more innovative organizations in their respective fields, the compromise came out a bit tone-deaf to the needs and prejudices of all the relevant constituencies:

Net Neutrality Plan: Much Ado About Nothing

The most important outcome of the talks was actually the non-existence of an agreement.  Namely that Verizon and Google don’t have a backroom deal to implement their own private net neutrality vision. Without leading by example, this agreement will sink or swim by its public appeal.  And since everyone seems to hate it, swimming would likely require quite a miracle. Most likely, it will quietly sink into oblivion three months from now. Perhaps its most salutary effect is going to be highlighting how far apart the sides are and the need for a strong independent arbitrator. And that might still be the FCC despite its shaky legal authority and hissy fit over the separate agreement.

Please Join in this Discussion