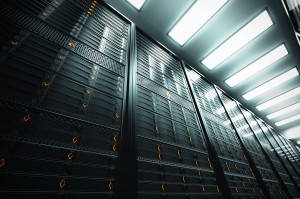 One of the hottest topics in the wake of the meltdown of the real estate market is the ethics of walking away from an underwater mortgage – which now accounts for 12% of all foreclosures according to Morgan Stanley. Banks and realtors tend to opine that it’s a barbarian practice, only acceptable to those that are rich and ruthless, with Fannie Mae and Congress taking specific punitive steps based on whether a default was voluntary and bloggers calling for life-long branding of defaulters. Consumer advocates and academics reply that a strategic default is not a moral decision, but simply repairs a long-standing asymmetry between personal social norms (“honor your financial obligations”) and business norms (“maximize returns”) that allows banks to play by a different set of rules and take advantage of their customers.

When it comes to business-to-business deals, the acceptability of an orderly walk-away is a bit more prevalent – witness Morgan Stanley’s own strategic real estate default for example. But it is still far from universal in RampRate’s world of IT services. Buyers of multi-million dollar hosting and managed services contracts from major companies have often told us that mid-term renegotiation or exit wasn’t on their radar before we outlined the path for them. Only those in the closest strategic relationships viewed it in terms of personal honor or upholding a commitment.

But what if we up the ante?  Some parties (both buyers and sellers) make contracts where they very much intend to invoke the default condition before they even sign them: For sellers, this most often crops up in 100% uptime SLAs.  There is no data center or cloud service that has the expectation of 100% uptime. Even 2N+2 redundant Tier IV data centers can only muster 99.995%, and the majority fall short of 99.9%. Yet these terms make it into the contract as commitments that the suppliers know they probably won’t keep. For buyers, the most prevalent practice is masking a termination of convenience as a termination for cause. They will try to put in enough conditions allowing termination that the seller is bound to default on some of them by the law of averages – not for protection, but to get an opt-out that is otherwise too expensive or unavailable.

Now no one is going to claim that either strategic default or even entering a contract with the intent of exercising an obscure clause down the road is illegal per se. The real question is whether it is spending the scarce asset of moral capital – the underlying assumption of the trustworthiness of the other party and a set of implicit unwritten rules of conduct. Moral capital allows us to minimize transaction costs by having handshake agreements and using the principles of partnership instead of the legal system to resolve disagreements.  Some, like Hernando de Soto would argue that these implicit cultural assumptions are the real cause of the economic gaps between the third world and developed countries.

If buyers think that a seller would rather spend less on systems and people and more on service credits, while sellers think that every SLA term is a path to sneaking out of obligations earlier, buying cycles get longer, more lawyers are involved, and ultimately both parties lose out.  And as advisors and influencers, we do have some say in the matter. But where should we draw the line? If a seller comes to us and asks to help draft an SLA, should we decline to add terms that we know they can’t possibly fulfill? If a buyer asks us to design a contract to make defaults more likely without an underlying business reason, do we have a moral obligation to refuse?

PrevPreviousThe Google/Verizon Walled Garden Plan: No Substantive Impact on Net Neutrality
NextAre You Going Green or Going for the Green?Next