Future of IT Sourcing Negotiations 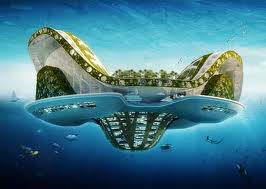 THE CLOUD LIVES IN DATA CENTER

By Alex Veytsel – One of the panels I most regret missing at Data Center Dynamics annual London show last week, where our CEO spoke was a discussion of the future of data centers in 10-20 years. Fortunately I got to participate in the prep session for it in the speaker’s lounge, where brilliant folks like Ian Bitterlin, David Gauthier, and Ed Ansett kicked around ideas ranging from the pragmatic to the futuristic under the steady guiding hand of Ambrose McNevin (and I hope I got a shout-out if there was mention of pendulums or whale oil). Which got me to thinking – whether the amount of change is great or small, how will the way services are bought change over that time? What will be the IT sourcing process in 10 years? The short answer: buyers will demand more transparency; suppliers will give them just enough to continue finding more margin and feed the sales machine; and IT sourcing advisors will build a toolset to fit the right service for your business more automatically, with more just-in-time adjustment. First, I would say that the commercial aspects of outsourcing are still the most stubbornly un-changeable ones. Just this year, I have reviewed a still-active contract written on Exodus Communications paper and multiple invoices based on racks and square feet in an age where everyone thinks of watts consumed as the primary / sole metric. And 12 years in, RampRate’s mission has not changed much – there’s still billions in wasted IT spend through bad decisions; still too many people listening to salespeople instead of seeking out data, and a great terror of being exposed for one’s incompetence that leads buyers to run from their best sources of improvement. That said, some things are starting to move. Cloud services, especially IaaS, brought unprecedented transparency to pricing. Not that there isn’t an opportunity to get off the price list if you’re big enough (or smart enough), or lack of clarity in the many customizations, or a pretty sorry state of tying pay to performance… well, perhaps, it’s not that big of a sea change – somewhat mirroring how much of the good old managed hosting paradigm still lives beneath the moniker of cloud. But it’s a start. However, it’s clear that a buyer in 10-20 years will clearly want and expect more visibility into what they’re buying.

This will manifest in several ways:

So does that mean that I think RampRate will be out of business? Well, hardly. Even as much of the pressure of the competitive process (and the embedding of IT sourcing advisors into buying departments everywhere) will drive some improvements, others will stubbornly resist change: Compared to holographic storage, fusion power, and spending 80% of the world’s energy on computing, this seems like an awful lack of imagination. But considering that we see a predatory business logic still working even after the singularity happens and we’re all cyborgs built by nanomachines, perhaps it should not be surprising that the 10 year horizon is closer than you’d think. But that said, there will be better weapons on the buyer side in the arms race of data vs. salesmanship. We know because we’re building them already: This improvement in transparency will help drive redirection of some of the supplier differentiation budget from sales and marketing to transparency and service, lifting the tide for all boats – even non-users of IT sourcing advisory toolsets. It will also speed up the re-contracting cycle to where deals of a few months will be the norm even outside of the cloud environment – with a smoother, more well-oiled supplier selection process, a renewal / mid-term adjustment will be a less arduous process. And maybe, just maybe, the rest of the world’s outsourcing failure rates will start to resemble those of RampRate’s customers today (<1% for those keeping track).

Future of IT Sourcing Negotiations