Landlords Double as Energy Brokers RampRate Article from the New York Times Posted MAY 13, 2013 –  Read the full article Here The trophy high-rises on Madison, Park and Fifth Avenues in Manhattan have long commanded the top prices in the country for commercial real estate.  With yearly leases approaching $150 a square foot. So it is quite a Gotham-size comedown that businesses are now paying rents four times that in low. Bland buildings across the Hudson River in New Jersey. 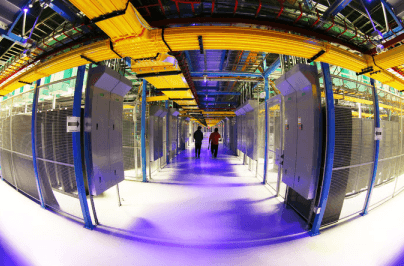 Landlords Double as Energy Brokers – Companies are paying top dollar to lease space there in buildings called data centers, the anonymous warrens where more and more of the world’s commerce is transacted, all of which has added up to a tremendous boon for the business of data centers themselves. The centers provide huge banks of remote computer storage. The enormous amounts of electrical power and ultra fast fiber optic links that they demand. Prices are particularly steep in northern New Jersey because it is also where data centers house the digital guts of the New York Stock Exchange and other markets. Bankers and high-frequency traders are vying to have their computers, or servers, as close as possible to those markets. Shorter distances make for quicker trades, and microseconds can mean millions of dollars made or lost.

While many businesses own their own data centers — from stacks of servers jammed into a back office to major stand-alone facilities — the growing sophistication, cost and power needs of the systems are driving companies into leased spaces at a breakneck pace. The New York metro market now has the most rentable square footage in the nation, at 3.2 million square feet, according to a recent report by 451 Research, an industry consulting firm. It is followed by the Washington and Northern Virginia area, and then by San Francisco and Silicon Valley.

But the capacity pricing by data centers, which emerged in interviews with engineers and others in the industry as well as an examination of corporate documents, appears not to have registered with utility regulators.

Interviews with regulators in several states revealed widespread lack of understanding about the amount of electricity used by data centers or how they profit by selling access to power.

Ms. Neumann and officials at the other companies said their practices could not be construed as reselling electrical power at a profit and that data centers strictly respected all utility codes.

“I think market awareness is getting better,” Mr. Veytsel said. “And certainly there are a lot of people who know they are in a bad situation.”

The soaring business of data centers is exemplified by Equinix. Founded in the late 1990s, it survived what Jason Starr, director of investor relations, called a “near death experience” when the Internet bubble burst. Then it began its stunning rise.