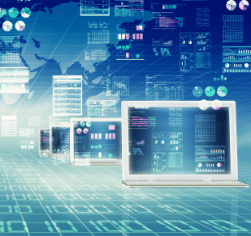 As a seller of IT managed services, you may spend hundreds of hours on a quote only to find that you really had no chance because the game was rigged. It can be obvious and heavy handed: Buy-side bid rigging can also be more subtle and behind the scenes. Sometimes you won’t even know it’s there. Ultimately it harms both clients and suppliers, so it’s one of the things we’re training each of our client engagement staff to identify and prevent. Although we’ve seen this practice in all domains, including data centers, bandwidth, and CDN, it is most frequent and intense in managed services and desktop support because of the importance of cultural fit and the difficulty of measuring it in an RFP. It’s also exacerbated by the prejudices that some IT managers feel with regard to offshore providers, which constitute a good portion of quotes in modern RIM or managed desktop project.

There are three audiences we’ve encountered in this situation: Although I’m happy to recommend a DYI solution in most cases, for the first two situations, it’s critical to get an unbiased 3rd party framework that has sufficient domain fit and credibility.  This makes a sourcing advisor useful to both sellers and buyers — providing a neutral ground for evaluation.  When it comes to bid rigging that is fundamentally rooted in trust and ability to explain strategic and cultural value, we can also build a model that will demonstrate to upper management the folly of being penny-wise and pound foolish. For the last case, well, you probably shouldn’t call us. The SPY Index doesn’t have a field for sports event tickets and junkets, and objective evaluation is our reputation.

PrevPreviousLandlords Double as Energy Brokers
NextInfrastructure Optimization: What You Need to Know About Wasteful ITNext