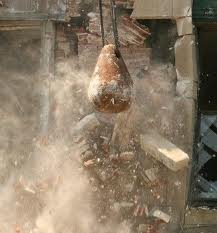 Last week Google formally launched its Page Speed Service, the latest in a long line of Content Delivery Network (CDN) services from dozens of suppliers from big and small to hit the market over the last 15 years. In the case of Google though, I see a few novel changes that could not only materially affect but outright wreck the marketplace for CDN. Google has offered free CDN services for video, via YouTube and Google Video, for many years now. Although we take YouTube for granted these days, it wasn’t too long ago that posting video on the internet required a lot of time, focus, and money. Life was very complicated before one could shoot a video on a smartphone and automatically upload it to YouTube. A videographer with a high quality camera would have to be hired, the resulting tape would have to be digitized, edited, and encoded (and potentially transcoded into one or more specific proprietary formats), and a streaming video hosting company would have to be found, negotiated with, and a lawyer engaged to review a contract. YouTube and smart phones have cleaned up that mess and made a single elegant process- but it only applies to video. Improving all around performance of a web page is far more difficult than improving it for video. Web pages have become complex multi-lingual beasts with applications, scripts, server side code, client side code, ad networks, database apps, and a myriad of dynamic elements. Accelerating the performance of a web page requires not only a global multi-network deployment of servers, but very advanced server applications to manage and load balance this vast heap of complexity. With servers comes monitoring, network operations, and hardware maintenance- all of which makes for a big and focused operation. In truth, CDNs have always come in two flavors: those who built on a core of services for optimizing performance, and those built on a core of large bit-moving services for optimization of cost. The history of both types has been well documented. Akamai founded the industry, and was designed from the start for optimizing performance. Akamai acquired every CDN that also showed proven technical ability to increase performance. Speedera, Netli, and a few other companies all are now part of Akamai’s core stack of intellectual property and talent. Alongside of Akamai were many companies that were designed to move large files (video and software) but sold on the premise of cost reduction and general outsourcing of content delivery, rather than selling on web page performance optimization. The vast bulk of these CDNs did not succeed, and the industry is littered with the corpses of failed companies and irrationally exuberant venture investment. I call this the “CDN Graveyard” and it contains tombstones with names like Adero, Microcast, Ibeam, Soniccity, Intel Media Services, Axient, and CDN divisions of many telcos.  In most cases, their doom was inherent in the very business model, which offered little more than a race to the bottom of a commodity market. The impact of Google’s Page Speed service on the market should be materially more interesting to watch. Google’s Page Speed Service is focused on web page performance optimization. It entices users with a free page speed test very similar to the one we had at Speedera Networks. The various components of the page are analyzed in a ‘before and after’ style comparison. Once the test is run, one can see the entire documentation set, posted publicly, and it shows a very deep CDN offering even at this early stage of product development. URL rewriters, CDN via DNS cname, and cache management are present and instructions are public. Pricing is not yet anounced, but my bet is that it will most likely be a credit card payment system just like Google ads.

So how does this wreck the CDN market?

Web page CDN services have always been shrouded in mystery. To sign up with most suppliers, one needs a lawyer to negotiate a contract, talented engineers to sift through the myriad of features and integration possibilities, and analysts to comb through bills to check accuracy. This was, as far as I’m concerned, intentional on the part of suppliers. If they made the service “too easy” it would lower the perception of value, and hurt margins. Now here comes Google with a massive global network of servers already optimized for performance, a CDN service that is most likely a public version of a system they use themselves (so is probably well tested), a credit card signup, public documentation, and a large capital base for which to expand the services. Amazon has already done this for large object services on CloudFront and I’m sure it will expand its offerings more deeply into web page services, but Google’s entry completely removes the mystery and difficulty of getting involved in complex web page CDN – thereby taking away a large portion of the protection that CDNs have had to date. The web page portion of the CDN world now has another credible suppliers – a suppliers perfectly able to compete in a market dominated by very few who are used to having nearly complete control. That control is now gone. Pricing for web page acceleration services will most likely now meet the same fate as the long-perfectly competitive market for large object downloads, suppliers are going to have to engage in a renewed fight to prove why their performance is the ‘best’, and entire new stacks of intellectual property will probably now become fodder for argument. Akamai and Level3 have many patents in CDN , but I’m sure Google will be no slouch in terms of IP protection, and an ability (with a deep pocket) to battle litigation.

We at RampRate think this is a great thing. Web page performance acceleration is the backbone of the internet these days, and the differences between suppliers pricing, contract terms, and service levels need to be measured and flushed out on a per client basis in order to find the right suppliers fit. Without a strong competitive threat, which Google is poised to provide, existing providers get complacent and neglect or overcharge customer segments that are locked in. Now is a great time for these former captive audiences to renegotiate mid-contract using the leverage of a real competitive threat. Having established an extensive practice of mid-contract adjustment in other markets like data center, bandwidth, and large object CDN, we’re ready to help the newly liberated web acceleration buyers get a fair deal.