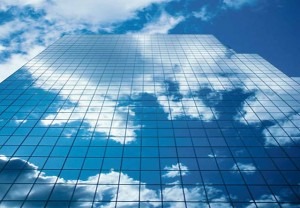 When deciding whether or not to migrate existing functionality to the cloud, the decision criteria are more complex than for new builds. Key questions in “cloud planning” include: For those enterprises that are just beginning their journey and not yet ready to tackle the full depth of analysis needed for migration, we offer a few rules of thumb for the first few questions above. However, it should be noted that this is only the first step. For organizations with large application portfolios, it is important to go beyond these rough guidelines and establish a consistent scoring and evaluation across disciplines and departments, so that they can effectively prioritize those best suited for cloud migration. More thorny issues of formalizing these rules as well as dealing with governance issues of regulatory constraints, security restrictions, access rights, and SLA commitments often wind up being solved with another technology layer of planning and governance software.

Many of the advantages of the public cloud can be achieved with a private cloud capability as well — by deploying similar mechanisms used in a public cloud, but within the existing data center and implementing an on-demand, API-driven orchestration layer. Key criteria that would lead buyers to choose this approach instead of public cloud include:

How to Diagnose Moving Difficulty

In our experience, the customers that could benefit the most from moving to the public cloud were often the ones least able to do it due to core assumptions in the design of their applications. Some of the ones we have seen in the past include: If your application faces multiple constraints such as the one above, it may be worth it to look to the next generation and build for the cloud in the next major release rather than try and adapt existing functionality built on the assumptions of certain latency, throughput, and location.

Another interim step is “hybridizing” an application to run some instances or functionality in the public cloud while retaining the core on an internal private cloud. Key decision criteria that would make this approach desirable include:

The last key migration question is when to make a more wholesale change from a client application to software as a service (SaaS), and if so, how much to rely on pre-built functionality of a PaaS or SaaS supplier rather than developing in house. Rather than a classic migration dilemma, this is more of an architectural decision, and is made at a more strategic level based on the following questions:

The decision to choose public or private cloud-based solution is not trivial even for new builds — a stigma of risk still hovers over the industry given outages at some public cloud suppliers. When migrating existing applications, the risk threshold is even higher and buyers still often choose to only dip their toes by virtualizing within existing data centers or building extensions in the cloud while keeping the core as it was. As public cloud technology matures, the aspect of risk will start to fade away. What will remain is the tradeoff between easy / rapid scale on one hand and customization / control to accommodate application-specific environments on the other. And as connectivity becomes more ubiquitous, and development discipline reduces the need for fine-tuning hardware, all three flavors of public cloud: IaaS, PaaS, and SaaS, will become increasingly viable targets, not just for new apps, but for migration of legacy functionality.