Making IT Fit Like a Good Shoe, or, 10 Years Later, and RampRate Has a Long Way to Go!

“Money is the opposite of the weather. Nobody talks about it, but everybody does something about it.” – Rebecca Johnson 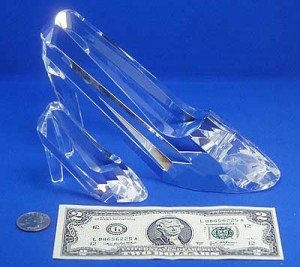 In 1996, I recognized a problem in the way IT services were bought and sold. The sales process wasn’t set up to solve a customer’s problems. Instead, it was set up to close a deal. Unfortunately for IT buyers, there really weren’t any better alternatives. And the process wasn’t much better for the sellers either. Suppliers were burdened with trying to provide excess requirements for the least cost, regardless of market value or actual need. In the middle, a massive amount of cash was being lost as the two tried to come together. Where did that cash go? Mostly into sales and marketing, which is ultimately about bringing two sides together to do a deal. I first noticed this issue in the mid-1990s, when I was coaxed out of early “retirement” to work for K.B. Chandrasekhar and B.V. Jagadeesh, whose Internet services company had grown into a powerhouse called Exodus Communications.  Barry James Folsom and Mark Bonham hired me to help grow Exodus even more. Three years after starting Exodus, Chandra and B.V. took it public.

“If we could sell our experience for what it cost us, we’d all be millionaires.” – Abigail Van Buren

I will never forget Chandra passionately telling me I was hired to “put a face on the place.” I am almost sure he meant to create a brand that was known by all. Regardless, by the time I left, Exodus had a $37 billion valuation. There are so many stories to share about the transformation that made the Internet what it is today, from our stoic CEO Ellen Hancock, who fought off the collapse of our business model in a terse phone negotiation I set up with BBN Planet’s Vint Cerf, to our first managed-services deal with something perplexingly called an “enterprise account.” I never had a formal title working for our marketing vice president, the great thought leader Mark Bonham, or Sam Mohammad, the vice president of sales. I was “the marketing guy.” Whatever was needed to help the company grow, from global data-center launch strategy to managing Keynote’s dumb test of our network, to advertising and marketing, to schmoozing clients, there wasn’t anything I didn’t poke my nose into. Over time, I noticed that Exodus had a corps of salespeople busy signing all the deals my work was helping support. The salespeople were paid a ton of money (6 percent of every deal’s value) as soon as the deal closed. And they were paid long before Exodus got paid. That was interesting, I thought.

“Everyone lives by selling something.” – Robert Louis Stevenson

As Exodus grew, it added another layer, in “strategic” sales. The strategic guys got paid another 6 to 10 percent of the deal. And then Exodus added another layer, the channel salespeople.  They got paid a lot, too. Plus, we paid our channel partners another 10 percent of revenue.  So, at least 22 percent of every deal went to sales, rather than client services. Some salespeople were making $1 million a year. Were they worth it? I’d say yes, absolutely, given the system the company had to work in. I just never thought that system made sense. So why was that? Because after every deal, I saw the same scenario:  the sales guys and the client’s executives toasted the deal. Meanwhile, off to one side, the project managers from Exodus and the client were saying, “Okay, how are we going to make this thing work?” That was followed by, “Let me tell you what I really need.” That was when the real work started, and the real headaches too.

“The only thing you got in this world is what you can sell. And the funny thing is that you’re a salesman, and you don’t know that.” – Arthur Miller

Though the dot-com meltdown put Exodus and many other companies in Chapter 11, it didn’t end the structural problems that complicated making deals. Exodus’ successors still needed an expensive sales operation to drive the deals that sustained their companies. And their customers still needed reliable, reasonably priced IT services. Yet, between the two sides, they kept signing disastrous deals that hobbled everyone. I kept thinking there had to be a better way. So in 2000, I created RampRate Sourcing Advisors to build a more fluid, rational marketplace that simplified the brain-melting process of connecting the customer’s exact needs with the supplier’s exact capabilities and pricing.

“Money demands that you sell, not your weakness to men’s stupidity, but your talent to their reason.” – Ayn Rand

IT services: Over the years since then, the RampRate business model has gone through a few tweaks, but it basically works this way:

“Life’s too short to sell things you don’t believe in.” – Patrick Dixon

So, it’s a decade later, and RampRate has saved our clients a ton of money. And 98% of the deals we’ve created actually fit both the customer and the supplier so well that they sustain the relationship through the life of the contract.  They become like a good pair of athletic shoes you hate to throw away. These are deals for the long haul. But what’s next? We still haven’t created the perfect fluid, dynamic and efficient IT marketplace for everyone. Entire sectors still do IT deals the old-fashioned way, with dubious sales pitches, unenforceable contracts and unsustainable expectations. We can all do better. In the coming weeks, let’s discuss 15 myths that fuel this mess, and keep us from a better IT marketplace. Then we can work together to make it better.