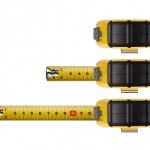 Today’s devious device is a playbook page that’s intentionally left blank. Omitting meaningful measurement from IT service Level Agreements (SLAs) or leaving them to the discretion of the supplier can effectively nullify their effect along with service credits of 2%-5% of your monthly bill for a single violation up to 50% or more for serious / repeat violations (I will touch on SLA penalties and caps in a subsequent post). But the biggest impact of this trick is not to deprive the buyer of service credits, but to remove a source of leverage for demanding and receiving performance improvements or leaving an incorrigibly bad provider.  As noted in the previous post on consequential damages, supplier errors can cause direct business impact orders of magnitude more than the biggest service credit obtainable, and that’s the real tangible loss from lack of measurement. This applies aross CDN SLAs, data centers, colocation, bandwidth, managed services SLAs, etc. There’s an old saying that “you can’t manage what you can’t measure.” Unsurprisingly, this applies to SLA management.  A buyer that doesn’t have access to the right measurement for a performance metric can’t manage the supplier in reaching that metric.  Yet measurement is an often-overlooked portion of an IT service level agreement whose absence can negate any potential of service credits or other remedies for non-performance.

Just as a sampling, we’ve seen contract boilerplates that prevent measurement by:

If your CDN, data center, or managed services supplier over-promises on its SLA (e.g. the 100% SLA up-time guarantees that are made to be broken — even Tier IV data centers can’t hit five nines), there are probably a few pennies on the order of $2K-$20K in a $1M annual contract that are lost. If the lost service credits are material to your business then your relationship probably has bigger problems than measurement.  And that is actually the crux of the problem — failure to effectively measure can leave you without the data you need to terminate for cause when something seriously goes haywire. That’s when the true business impact of a poor supplier relationship — and failure to accurately measure the deficiency — is actually material to your business.