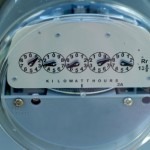 Few if any data centers would admit to making money on power. For one thing, it’s something that could get them in legal trouble depending on the jurisdiction. However, throughout the US, co-location facilities are taking sizeable margins on power by buying on a usage basis and selling on a capacity basis. In fact, based on SPY Index™ data, we place that margin at more than 150% of typical cost – as much as $245K in a typical $1M co-location contract. Finding ways to identify your supplier’s real cost and either convert to usage based power or at least reduce the margin should be a top priority – with savings potential from 6%-25% of your co-location bill at stake. It goes without saying that a supplier will find many reasons, some genuine and some arbitrary, to limit that potential. According to the DOE, the average price for commercial buyers of power in the US was around $.103 / kilowatt hour, and for industrial, it was around 7 cents / kwh. Since data center providers tend to hunt for lower-cost locations and negotiate special utility rates, our SPY Index™ data actually points to a lower US median, but let’s be charitable and give them a major metro average of $.08 / kwh utility power and $.12 / kwh drawn by IT equipment after accounting for cooling overhead. (Note – this has extreme variance by country, state, metro, and even local geography – see for example Vernon, CA vs. neighboring Los Angeles). Working backwards from Ohm’s law and assuming 110V circuits, we arrive at $.12 * 24 *365.25/12 / 1000 * 110 = $9.64 per amp month if your load was 100% of the circuit capacity all the time. In reality, most data centers won’t let you go beyond 80% and in any case a typical design is for average usage of about 60% of breaker capacity. So actually, the supplier’s cost for a breaker amp of AC power at 110V is roughly 40% less or $5.78. The SPY Index US median price per breaker amp of an active-passive circuit pair is around $15 per month (again with much local variance). This translates into a margin of 159%. With supplier and regional variations, this is only a rough indicator, but the existence of real margin is indisputable. The easiest way to beat this game would appear to be asking for usage based power. On average, 90% of offers using metered power would be in the lowest cost quartile of offers for breaker capacity. Of course, suppliers that don’t already offer it will find any number of reasons not to switch, some of which may be true: Changing this “no” into a “yes” is one of the toughest jobs we’ve faced, and although it is possible, you’d probably need a lot of ammo. Getting it without strings like a 2.5 PUE assumption is a true win-WIN for the buyer.

However, if strong-arming the supplier into metering power fails, the next best thing is to look at assumptions that are used in the per-amp pricing model and provide a conditional contract that mitigates the supplier’s own cost/risk. There are several ways to do so. For example, most per-circuit pricing models charge 50%-100% of the primary circuit price for passive backup circuits, which typically have loads of 2%-5% of the capacity. However, some customers deliberately draw more on the backup circuit, which poses a risk to any supplier that would waive or reduce that cost. Establishing a way to commit to good data center citizenship in this regard may allow you to lower your backup circuit costs and come closer to metered pricing even with a per-amp or per-circuit price model. Alex Veytsel is a Principal Analyst at RampRate where he is the lead architect of business and financial analysis models. Alex can be reached at alex.veytsel@ramprate.com